The Role of Produced Water Treatment in Shale Plays 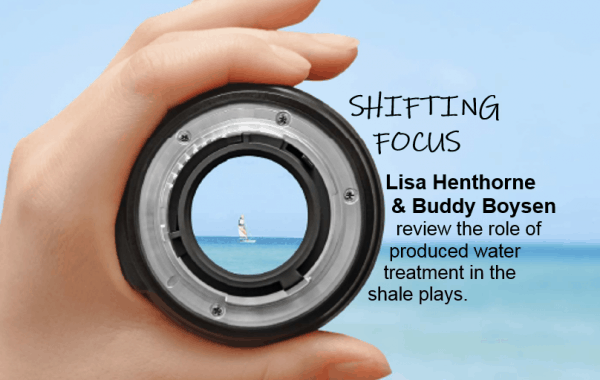 One of the biggest shifts in the U.S. oil and gas industry over the last decade is the combined use of horizontal drilling and hydraulic fracturing to produce hydrocarbons from shale rock. As this segment of the unconventional industry has progressed, the cost of production from shale operations has steadily decreased each year. Associated water costs have inversely increased over this same time period. The increase in costs is partially due to use of larger and larger volumes of water during well development as lateral lengths, staging and proppant load has increased. Not only does this additional water cost more to source (from primarily aquifers or surface sources), but flowback volumes requiring disposal have also increased.

Recycling and reuse of flowback and produced water seems an obvious mitigation measure to address rising water costs. This approach can reduce water sourcing costs for subsequent well fracturing operations and wastewater disposal costs. Until recently, water recycling has only been adopted in areas where disposal options are limited or the high cost of transportation to disposal offsets the costs of treatment. A lack of common standards for treatment has also hindered the adoption of water recycling, often requiring customized treatment to address each Operator’s unique specification. The tremendous variability in the physical and chemical characteristics of flowback and produced water quality has also impacted treatment process standardization.

A change in perspective is now underway regarding the value of water in the oilfield, where views are changing from a minimal treatment/disposal mentality to one of a scarce resource that is the lifeblood of shale oil and gas production. The change in perspective is visible 1) from the rise of midstream water companies; 2) in the form of new and proposed legislation and regulation; 3) the advent of progressive water sourcing strategies such as purchase of municipal wastewater, where available; and 4) as the uptick in reported barrels of recycled water.

Several criteria are critical to widespread adoption of water recycling:

This article discusses the changing dynamics of water usage in the shale industry and the challenges associated with treatment, specifically focusing on the industry treatment objectives for water recycling and the chemistry and required technology to meet those objectives.

To gain an appreciation for water volumes in current shale operations, long-lateral wells in the Permian Basin produce over 250,000 metric tons (1.5 million barrels) of formation water in addition to approximately 75,000 metric tons (470,000 barrels) of source water flowback, assuming a water-to-oil ratio of 3:1 and oil production of 500,000 barrels. Approximately 450 wells are currently drilled per month in the Permian. The large number of new wells has observers anticipating a tsunami of water impacting the basin in coming years. Figure 1, developed by B3, portrays expected water production and usage through 2028 in the Permian Basin. According to IHS Markit, the Permian accounts for approximately 35% of current U.S. hydrofracturing operations, and while basins vary in their water-to-oil ratio, a reasonable assumption across the U.S. is generation of 31 billion barrels of water associated with annual rate of drilling at the current levels (450 wells drilled per month in the Permian representing 35% of the U.S. water production).

From Figure 1 below, it is clear that water recycling for fracturing operations alone cannot solve the overall excess water dilemma, that is, on average four times more water is produced from a well than required for a subsequent well fracturing operation. 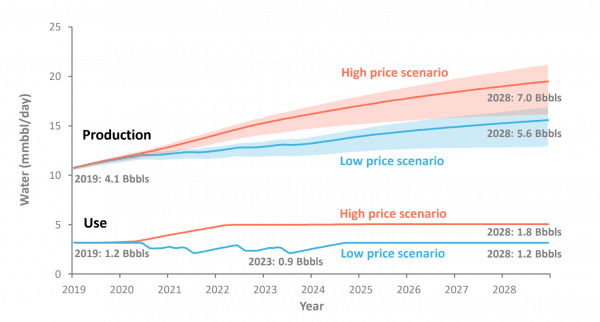 Figure 1 – Permian Water Production and Use Comparison. B3 publication, February 2019.

Produced water treatment should reflect the intended use of the treated water. In other words, produced water should be treated to the minimum water quality level that is needed for the application (fit-for-purpose) or to safely meet the regulatory requirement. This approach optimizes economics of water management for the Operator. While produced water treatment is challenged by wide ranges of raw water quality, flowback from shale applications is further challenged with an inordinate variation in quality that changes as a function of the schedule in production operation. For example, early flowback usually contains high levels of friction reducing agents, which are often polyacrylamides, and suspended solids.

The general contaminants in produced water include:

For recycling operations, removal of oil and grease, metals, total suspended solids (TSS), H2S and bacteria are the primary treatment objectives. Chemicals are generally used to expedite the removal of these contaminants, followed by a sedimentation or solids separation step as shown in Figure 2.

Operators have varying specifications for recycle water quality in shale operations. Some Operators only require a bacterial kill, while others may expect removal of the bulk of the metals, TSS and all of the H2S. These variations in desired treated water quality largely impact the Chemical Treatment step of the process, which is summarized in Figure 3.

It’s important to understand the role of each of these family of chemicals (oxidants, coagulants and flocculants) to determine whether they’re required to achieve plant-specific treated water quality goals:

Oxidants are the most widely used of these chemicals and a range of options of oxidants are available. Table 1 describes the most common oxidants used in water recycling treatment in shale operations with a corresponding comparative analysis.

Oxidants are typically used to convert dissolved metals into particulate form for separation. Oxidants can also provide a disinfectant residual to the treated water, thereby extending their biocidal characteristics for bacterial kill. When performing more advanced forms of water reuse, the oxidants can be used to convert organic carbon compounds into more biologically assimilable compounds.

Some oxidants such as hypochlorite, chlorine dioxide and ozone can be generated onsite to reduce chemical transportation costs. However, the savings can be negated by other factors including higher price component chemicals like sodium chlorite, complex generation equipment for ozone or more limited storage life of sodium hypochlorite.

Generic or proprietary coagulants and flocculants are used in water recycling if lower total suspended solids/turbidity is desired. Coagulants are often used to destabilize colloidal materials including suspended organics and oily metal solids, which can be problematic for injection. Prehydrolyzed aluminum coagulants like polyaluminum chloride and aluminum chlorohydrate are typically used.

The level of TSS in produced water and flowback in shale operations varies greatly from a lower range of 30 mg/L up to over 1,000 mg/L. Iron levels also vary significantly: Woodford and the DJ Basin commonly are below 30 mg/L, whereas Wolfcamp and the Haynesville are upwards of 100 and 150 mg/L, respectively. Targeting lower TSS levels in recycled water used for fracturing operations improves proppant pack permeability. This is not intuitive since proppant is inherently composed of solids, i.e. sand. The difference in size between the very fine and often colloidal particulate materials in untreated produced water and flowback and the proppant materials is a problem. Often poorly treated produced water contains significant populations of particle size below 3 micron, which can accumulate in the interstitial space between the larger proppant particles and reduce the proppant pack permeability as shown in Figure 4.

Also note that if the produced water is not intended for recycling but will be pumped downhole in disposal wells, there are limitations on the injection pressure, which may also govern treatment. For instance, the Delaware Basin injection pressure is limited to 0.2 psi/ft whereas the Midland Basin is limited to 0.5 psi/ft. Both these limitations dictate reduction of TSS prior to injection. If poorly treated or untreated, the fine materials will plug the receiving aquifer in a similar manner. In these applications, the colloidal material can be especially problematic if the colloidal material is composed of insoluble materials like silica or materials that tend to gel during well acidification.

Following chemical treatment, an effective separation step is critical to achieving the desired recycling water quality. This step is one that is often short-changed for the sake of economics, even though cost-effective separation processes are readily available. Use of an aboveground storage tank (AST) or weir-equipped gravity tank instead of a dissolved air flotation (DAF) unit can reduce capital and operating costs but has a significant impact on removal of small particles. TSS levels are generally higher for AST or weir tanks by a difference of as much as 50% in comparison to DAF units. Generally, the required water quality will dictate what level of treatment is applied, but the impact of not treating may not be seen immediately and is often not fully considered during preliminary process development.

When an Operator evaluates their water management options, the general analysis considers cost of sourcing, transportation and disposal versus recycling, including transportation, treatment, and storage costs. We’ve noted that the level of treatment varies considerably based on the physical and chemical characteristics of the feedwater quality, as well as the recycling water quality specification. To complicate matters further, sourcing, transportation, disposal, and storage costs vary significantly by region and even within a basin, depending on distance to the disposal wells. Table 2 summarizes the range of costs broken down by each area of costs on a dollar per barrel basis.

Water management in the shale plays has reinforced the value of water to our industry, and we can demonstrate our stewardship of this resource through cost-effective water recycling, as well as treatment for discharge, where practical.

Although water management in the shale plays presents Operators with a myriad of decisions, and a supply of economical options with known costs for long-term success are greatly needed, the availability of cost-competitive water recycling services is increasing. Each day in active basins such as the Permian, infrastructure development and midstream players equipped with facilities to address this need are helping to close the gap on the long-term water treatment needs of the Energy Industry.

Though water recycling cannot fully eliminate produced water disposal, recycling provides a partial solution that is attainable now at a cost structure that is competitive to disposal in most cases. Cost-effective advanced treatment technologies, for discharge to the environment, that address projected future excess produced water volumes are currently available for produced waters with salinities under 55,000 mg/L. Higher salinity waters are more limited in discharge quality treatment options that are economical, but innovations are occurring in evaporative, membrane distillation and other techniques that may soon make these technologies cost-effective.

Posted in In the News